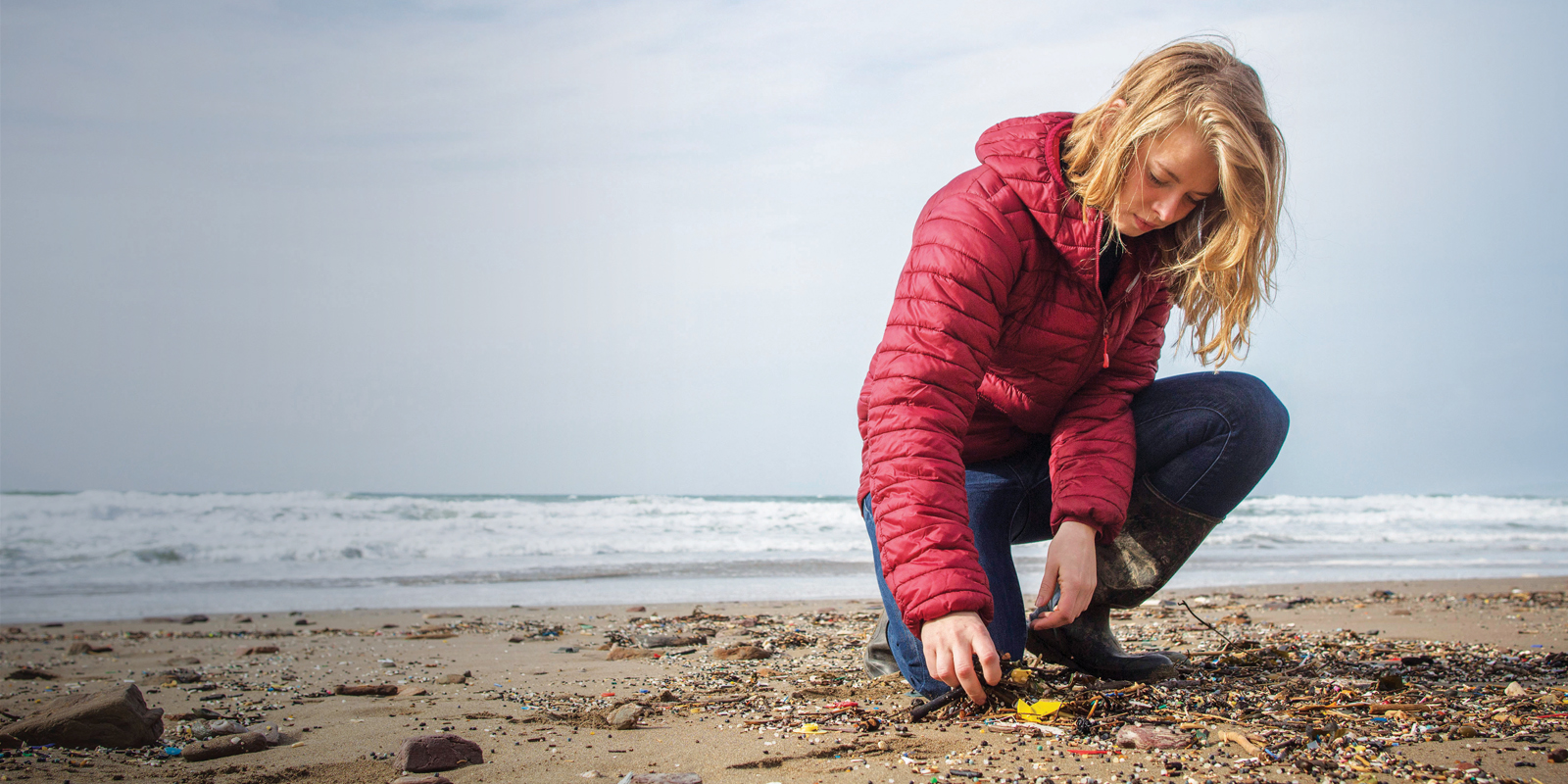 The University of Plymouth

Pioneering studies of marine micro-plastics pollution and its impact on marine life and the food chain.

The International Marine Litter Research Unit at The University of Plymouth, part of its School of Biological and Marine Sciences, has been at the forefront of work on micro-plastics for over two decades.

In 2004, a ground-breaking and seminal paper was published in the journal, Science, by the leader of the marine pollution research team revealing the long-term accumulation of microscopic plastics in the oceans. The paper was the first to answer the question as to why, despite exponential increases in the quantity of plastic waste generated, monitoring data from the environment did not show a clear increase in plastic debris.

The term ‘micro-plastics’ was coined as a result of this work, which exposed the global distribution of these very small plastic particles and their ingestion by fish; the part played in environmental pollution by textiles and wastewater; and by microbeads in cosmetics and domestic products. As a result of this paper, a new field of scientific enquiry was born. Many fundamental research papers followed, focusing on topics such as the global distribution of microplastics, including in the Arctic and the deep ocean; their ingestion by fish and other marine life; the role that textiles and wastewater play in their source and transmission – with a single wash of clothing releasing more than 700,000 microfibers; and how some facial scrubs could contain up to 2.8 million microbeads.

The research has generated wide impact throughout Europe, and in 2010, the European Marine Strategy Framework Directive became the first piece of legislation to formally define and recognise micro-plastics. The team has since taken a lead in understanding and helping to influence public attitudes to these forms of pollution and provided specialist advice to the House of Commons Science and Technology Select Committee, to the United Nations Environment Programme and the European Commission. The Unit works with psychologists, educators and schoolchildren to advocate and bring about behaviour change in society.